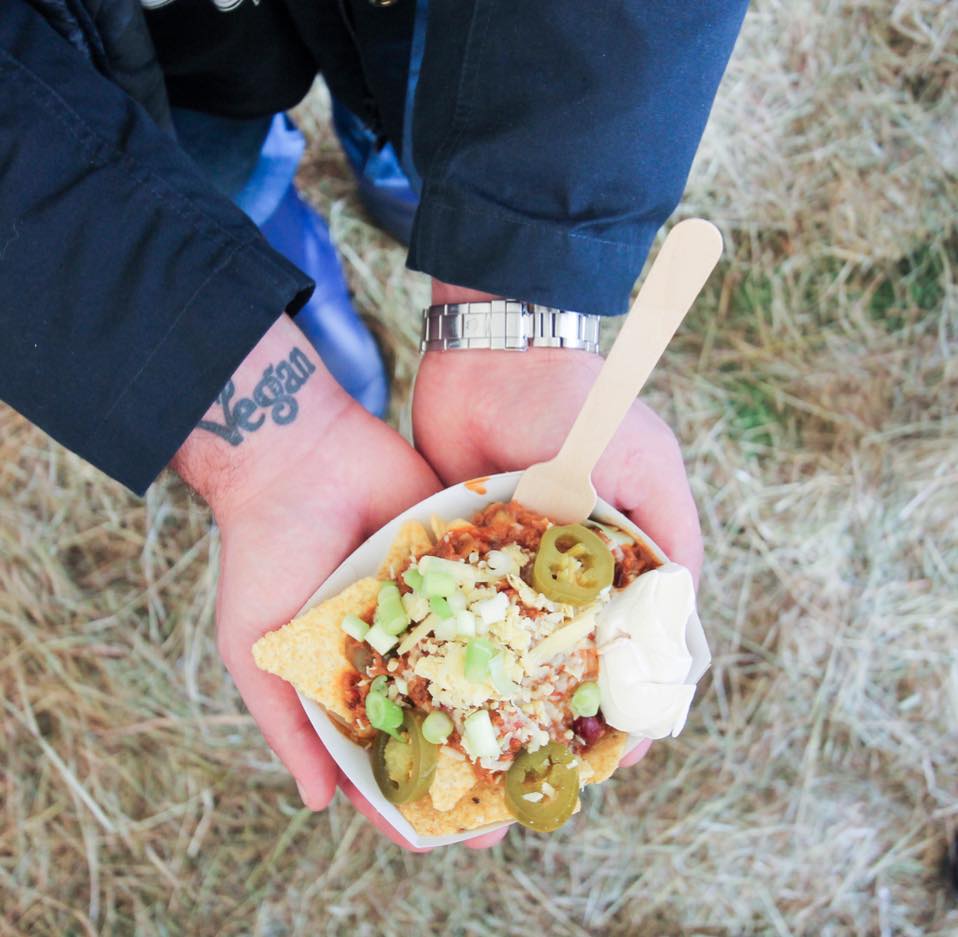 If you’re looking for some of the best vegan restaurants in Warwickshire then good news, you’re in the right place! In celebration of World Vegan Day, I’ve compliled a list of the top places to get amazing vegan food (and drink) across Coventry and Warwickshire.

A guide to vegan food in Warwickshire

For the past 24 years, November 1st has been celebrated around the globe as World Vegan Day. According to a study by comparethemarket.com, more than 3.5 million British people now identify as vegan in the UK alone.*

As these numbers continue to increase, it’s clear that veganism is a lifestyle choice that is more popular than ever before, and one that many are celebrating.

World Vegan Day first began back in 1994 when Louise Wallis, then Chair of The Vegan Society, wanted to commemorate the 50th anniversary of the society’s formation in the UK and the conception of the term ‘vegan’.

Fast forward to now and in this little corner of the world, I want to share my support for World Vegan Day and indeed, World Vegan Month!

Since starting out in Bristol in 1995, Boston Tea Party (BTP) now have over 20 cafes dotted around the UK. The ones to mention in and around Warwickshire and the West Midlands include:

My local BTP (Stratford-Upon-Avon) is one of my favourite lunch spots so I couldn’t not shout about their great vegan food – it would just be greedy of me not to share.

What I love about their menu (apart from the fact that everything on there is served ALL day) is that nearly every dish can be adapted to be vegan or vegetarian. I’m not sure about anyone else but I think this a pretty wonderful rarity!

Looking for a great vegan breakfast? Then why not give the aptly named ‘Vegan Boss’ a try? A plant-based feast of scrambled tofu, sweetcorn fritters, mushrooms, beans, tomatoes, spinach, hash browns and toast. 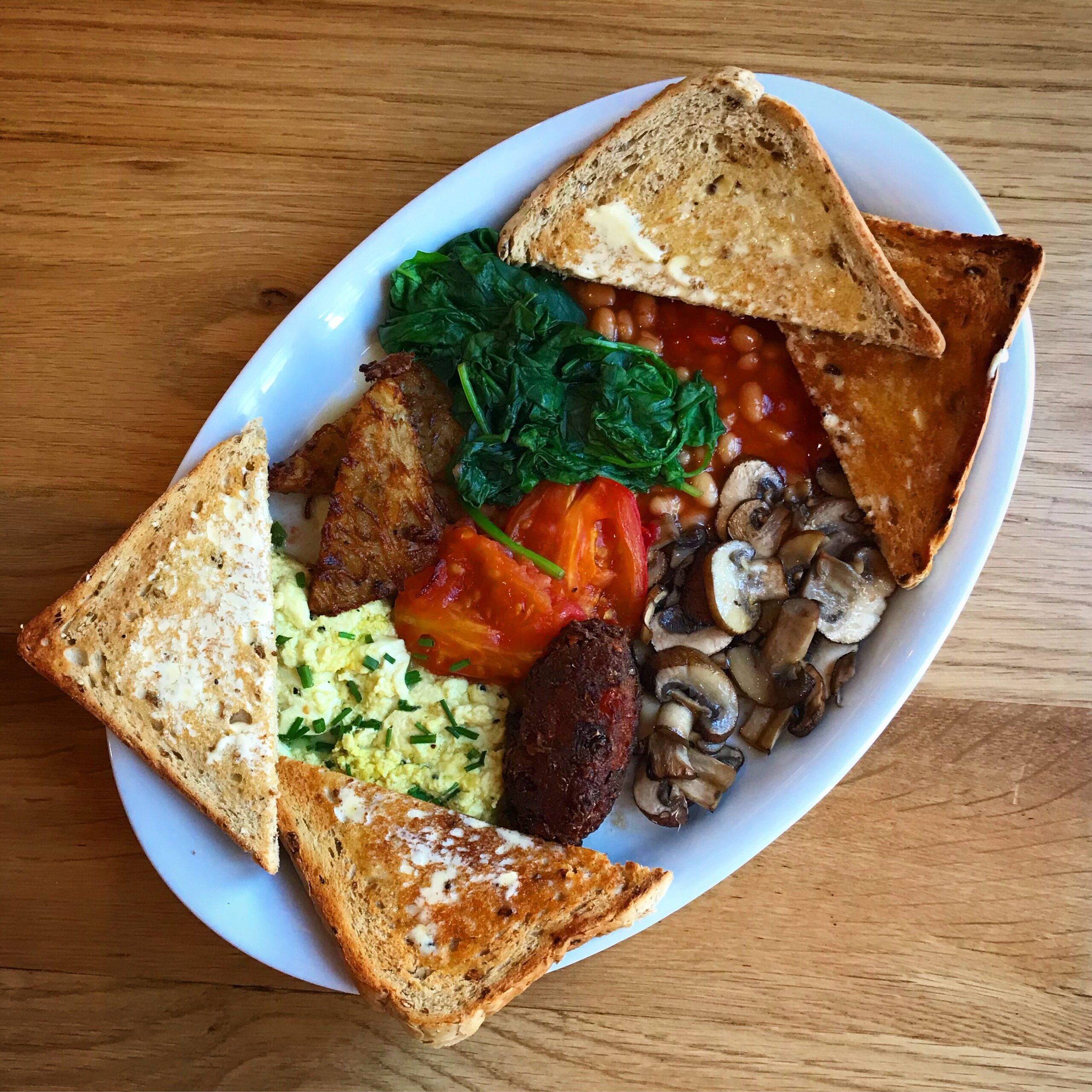 The breakfast of bosses…Vegan bosses to be exact. Boston Tea Party 2018.

But they’ve not stopped there. For a lighter start to the day, they also have the Brown Rice Porridge. It’s a dreamy combo of coconut milk, vanilla, maple syrup, blueberries, mango, and cinnamon.

If it’s a hearty brunch you’re after then the Vietnamese Banh-Mi should catch your eye (and your stomach). A colourful bowl of goodness filled with BBQ pulled jackfruit, pickled vegetables, vegan mayo, coriander and Sriracha chilli sauce, all served with a toasted baguette and pickled coleslaw.

ALL of their coffees can be made vegan plus there’s a range of fresh smoothies to choose from. Trust me when I say you’ll be spoilt for choice! I feel obligated to mention (for the sake of the animal lovers out there) that dogs are welcome in all BTP cafes. Just to clarify, that’s amazing food and drink + cute puppy dogs all in one place. Need I say more?

Voted #24 of 196 places to eat in Stratford-upon-Avon on TripAdvisor.

Hidden atop the Royal Shakespeare Theatre, the RSC’s Rooftop Restaurant offers much more than just panoramic views of Stratford-Upon-Avon.

Whether you’re going to a performance or just visiting for the day/weekend, the menus here are bound to impress as much as the poetry will.

In addition to the vegan high tea menu which incorporates a selection of sweet and savoury delicacies including sandwiches, cakes and scones served with soya cream and jam, there are also vegan pre-theatre and dinner menus. You can view them all here.

The a la carte vegan dinner menu is available from 7.45pm Monday to Saturday and has three tempting courses including a mushroom, spinach and chickpea masala curry accompanied by lime and coriander rice.

No matter what menu you order from, the kitchen at the Rooftop Restaurant will make your dish from scratch using ingredients from independent sources.

The Rooftop Restaurant also has gluten-free dinner and afternoon tea menus. Voted #40 of 168 restaurants in Stratford-upon-Avon on TripAdvisor.

If you’re as passionate about bagels as I am then I’m pretty sure what you’re about to read is going to change your life… (Dramatic much?)

With an amazing selection of vegan bagels and cakes (plus a selection of plant-based milks), the Steamhouse, Leamington Spa is your one-stop shop for tasty vegan food in Warwickshire. 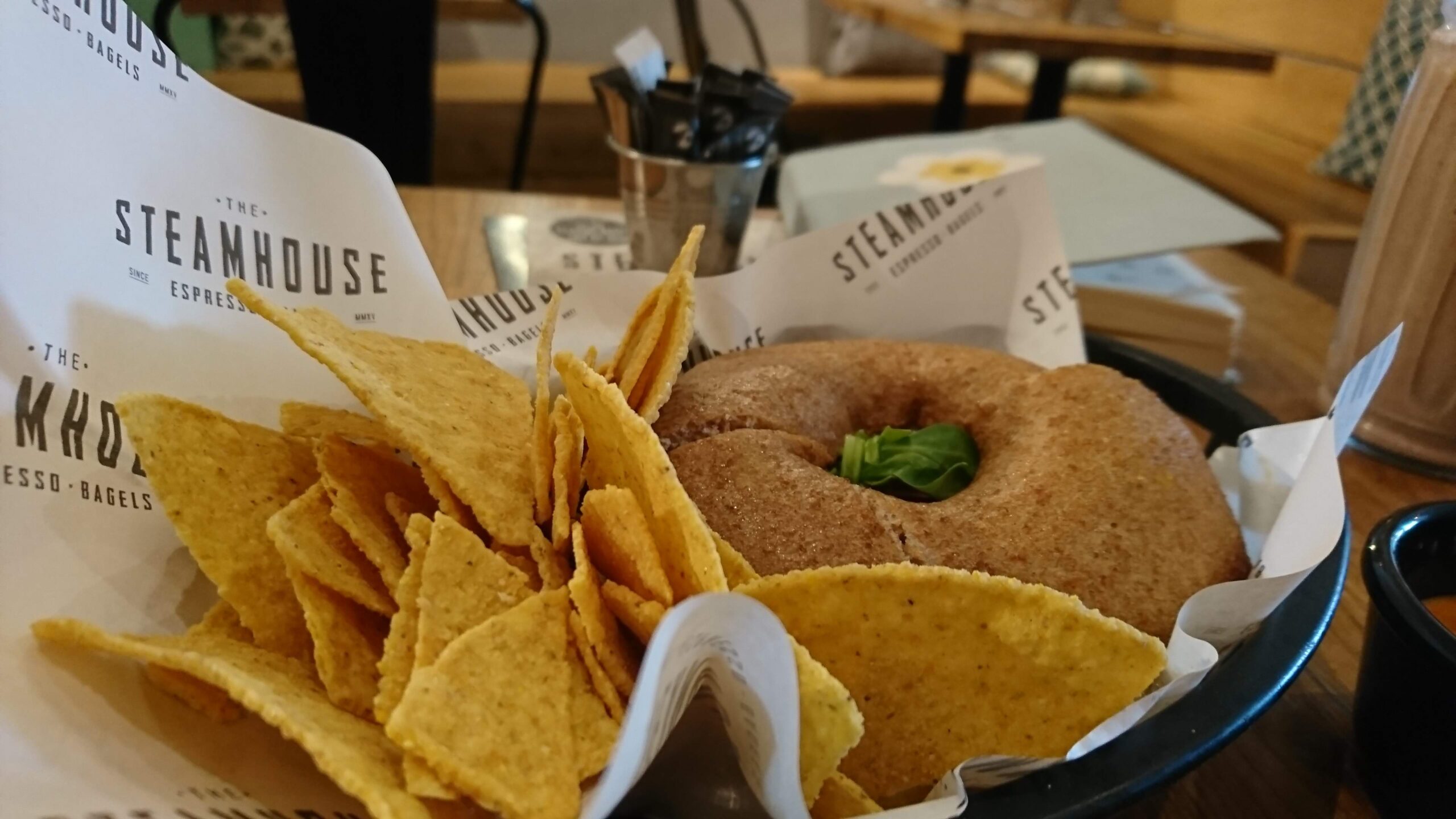 The Yogi Bagel at The Steamhouse.

You can easily transport yourself into ‘bagel heaven’ with helpings of avocado, pickles and mustard, or heck, go all out with a grilled portabello mushroom!

Newest on the block is The Good Guy – vegan pulled pork, creamy vegan mozzarella, BBQ sauce, red onion and fresh, peppery rocket. That ought to solve a bad case of hangriness!

Or go classic with The Yogi, a perfect winter warmer featuring a hot falafel patty, hummus, grilled peppers and salad leaves, all topped with an extra sweet helping of mango chutney.

Need help deciding? You can view their online menus here.

And for those needing a vegan lunch on the go, The Steamhouse can make their bagels to take away so you won’t go hungry on a busy day. Genius!

The people have spoken – The Steamhouse is voted as #4 of 182 restaurants in Leamington Spa on TripAdvisor.

Set in a charming 500-year-old coach house, the Stag at Redhill is a historic hotel, restaurant and bar just 3 minutes from Stratford-upon-Avon.

With traditional beamed ceilings, an open fireplace and stylish decor, the Stag’s restaurant is the place to be if you’re looking for a cosy atmosphere and some hearty vegan dishes to keep the chilly November days at bay.

To celebrate WVD, the team have been busy preparing some exclusive specials including the Beetroot Risotto and Red and Puy lentil Cottage pie (pictured below).

Many of their other dishes can also be made vegan on request. Voted #21 of 26 Restaurants in Alcester on TripAdvisor. 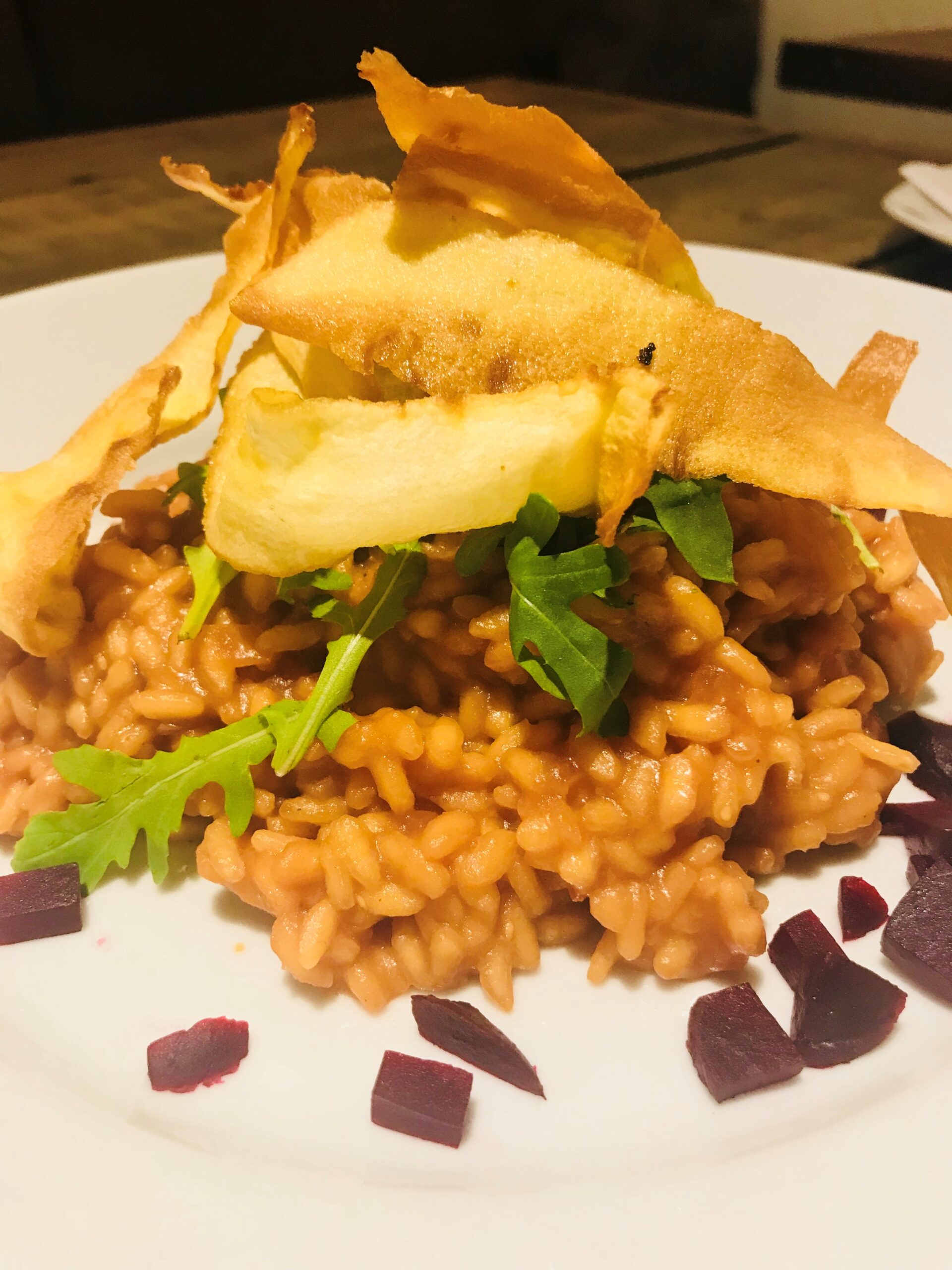 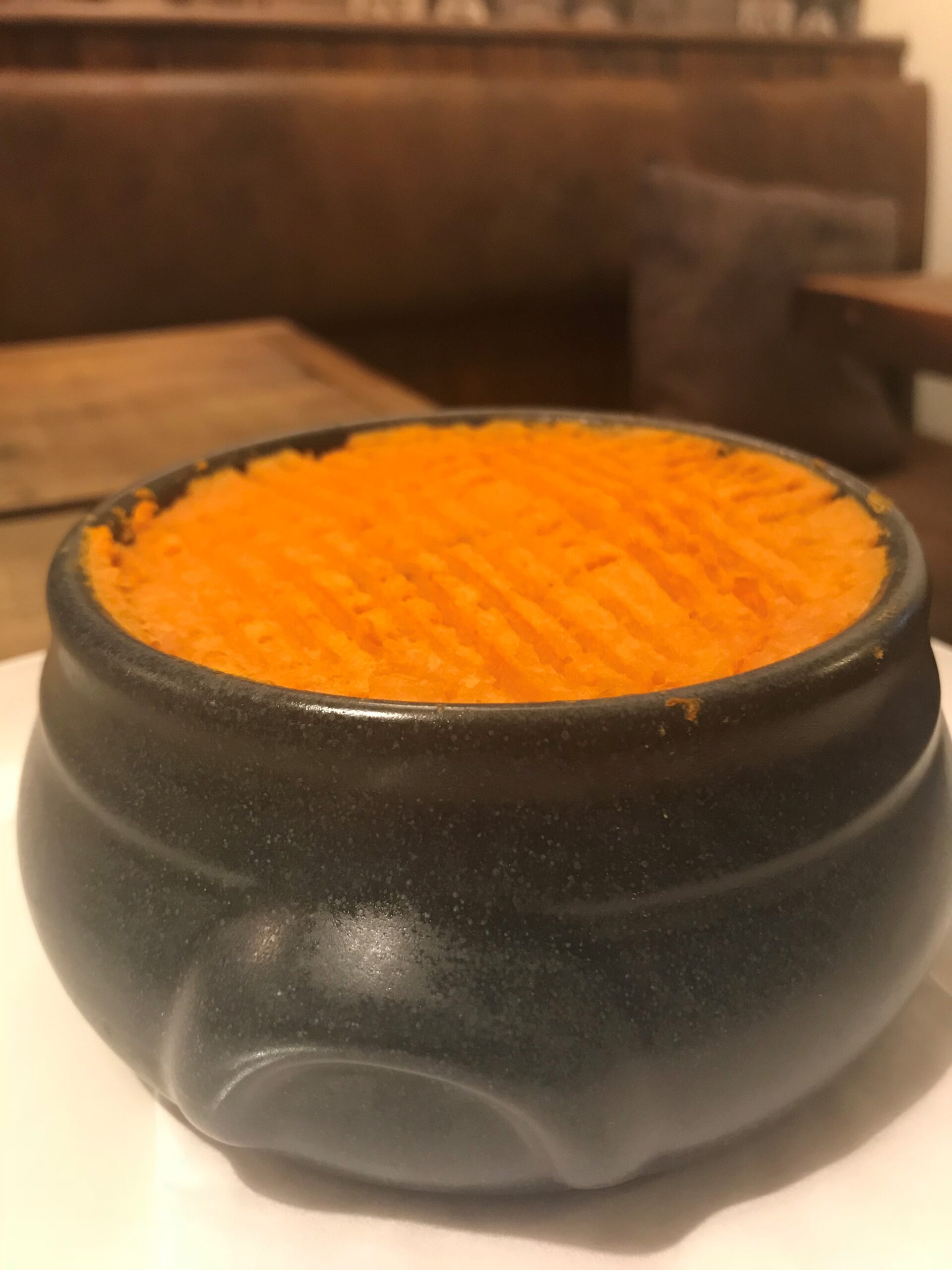 One of Warwickshire’s hidden gems! The Bell is a former eighteenth century coaching inn turned country pub with a multi award-winning restaurant and boutique B&B on the historic Alscot Estate.

With 97% of their produce coming from the surrounding areas and vegetables grown in the Alscot Estate’s garden kitchen, you can rest assured knowing the team have got you covered when it comes to great tasting, locally sourced vegan food.

To celebrate World Vegan Day 2018, the team have pulled out all the stops to offer some irresistible WVD specials on both their a la carte and prix fixe menus. These include: 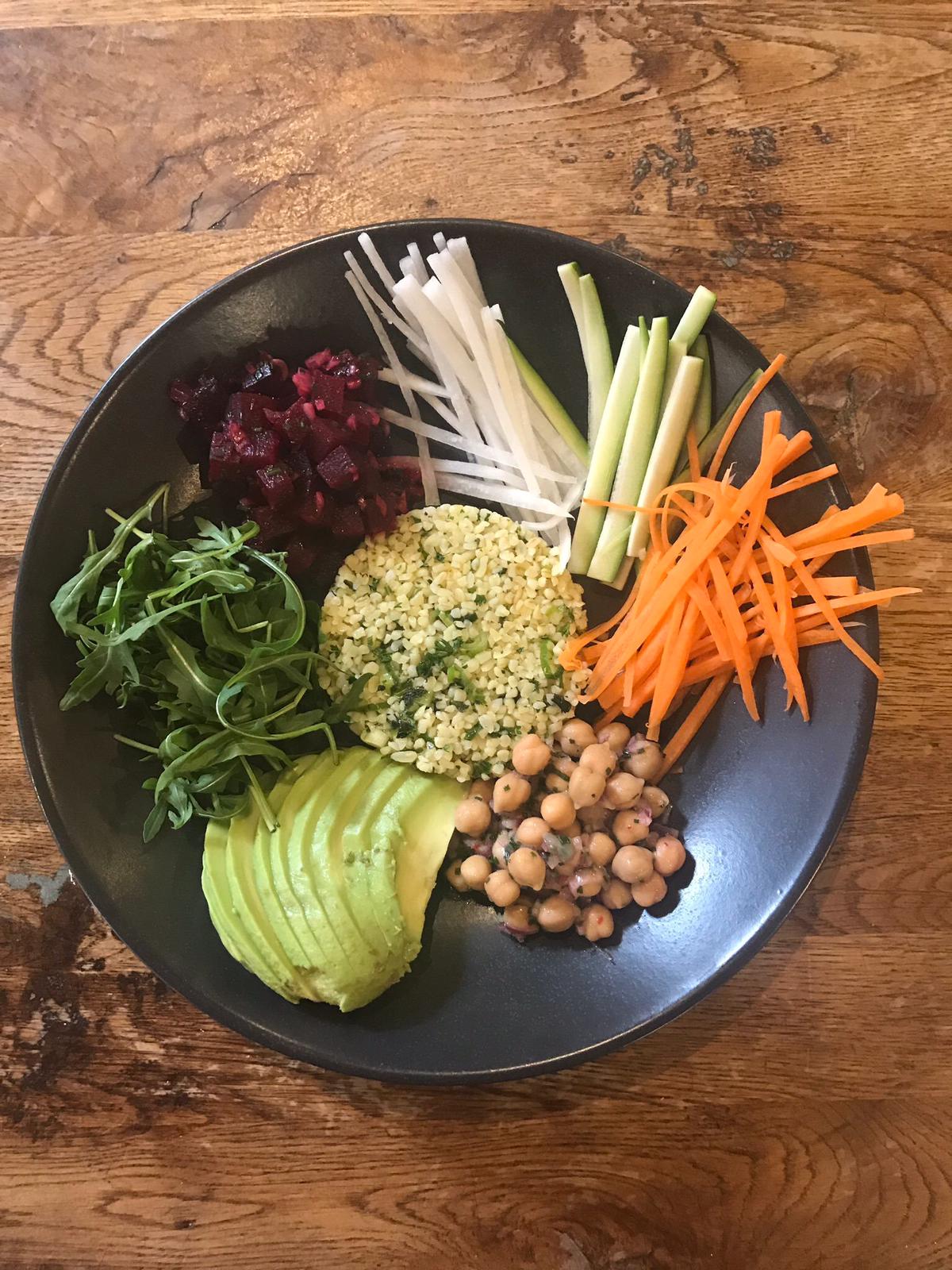 The Nourish Bowl at The Bell, Alderminster 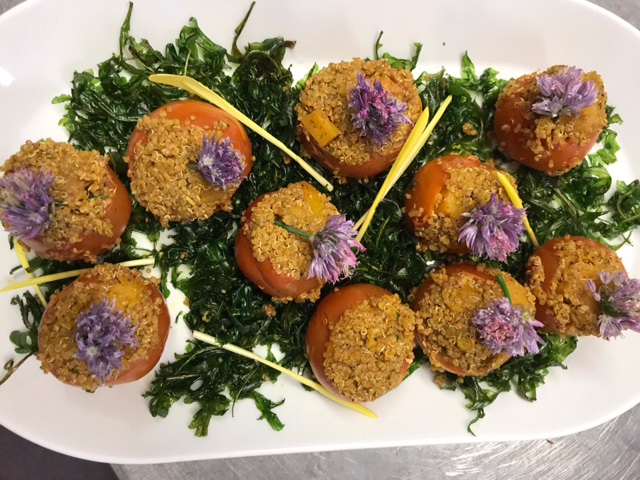 The chefs here are happy to cater for other special dietary requirements and requests, including gluten free.

Last month, The Bell were runners up in The Observer Food Monthly Awards 2018 for ‘Best Place to Drink’ and ‘Best Sunday Lunch’.

There’s always room for dessert, right? When you can get sorbet and vegan ice cream that’s this good then there’s only one logical answer…

With an ever changing menu and their new vegan recipes, who knows what dairy-free delights await your visit. What I can guarantee is that you won’t be disappointed.

They know their stuff about vegan desserts and it’s more than clear they go out of their way to experiment with unique flavours, textures and fresh ingredients. 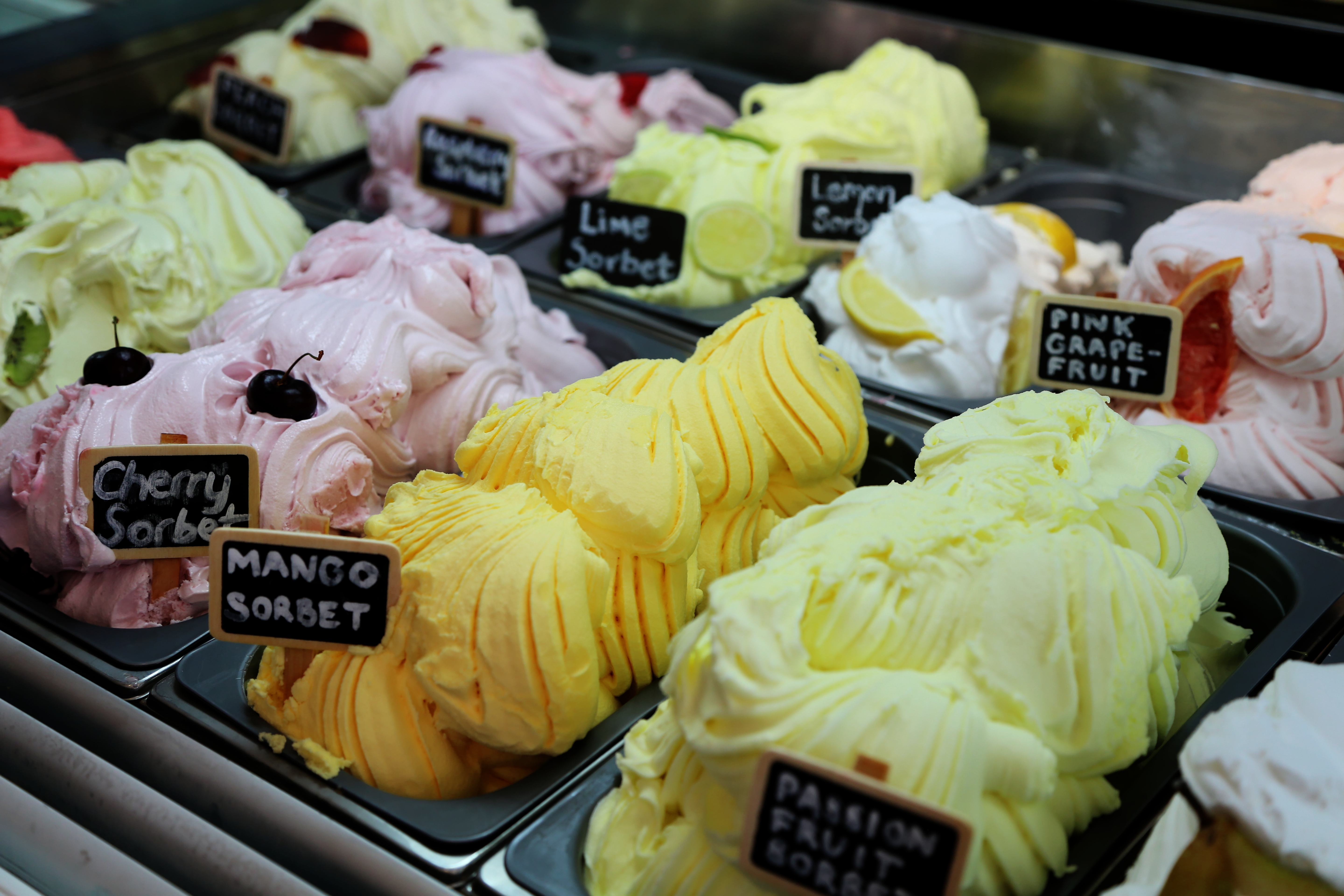 Mother and daughter team, Sara and Sasha Young opened the Hooray’s shop in 2013 and have supplied Stratford-Upon-Avon and the surrounding areas with delectable delights ever since. And what a job they’ve done!

Proudly independent and now regarded as one of the best gelaterias in the UK, the Hooray’s team make over 38 flavours of artisan gelato and sorbets, all from their on-site kitchen at the back of the shop.  Talk about impressive…

Gelato or sorbet? One flavour or two? I’ll be honest, it’s a tough decision but someone’s got to do it and I’ll gladly volunteer, especially on WVD! 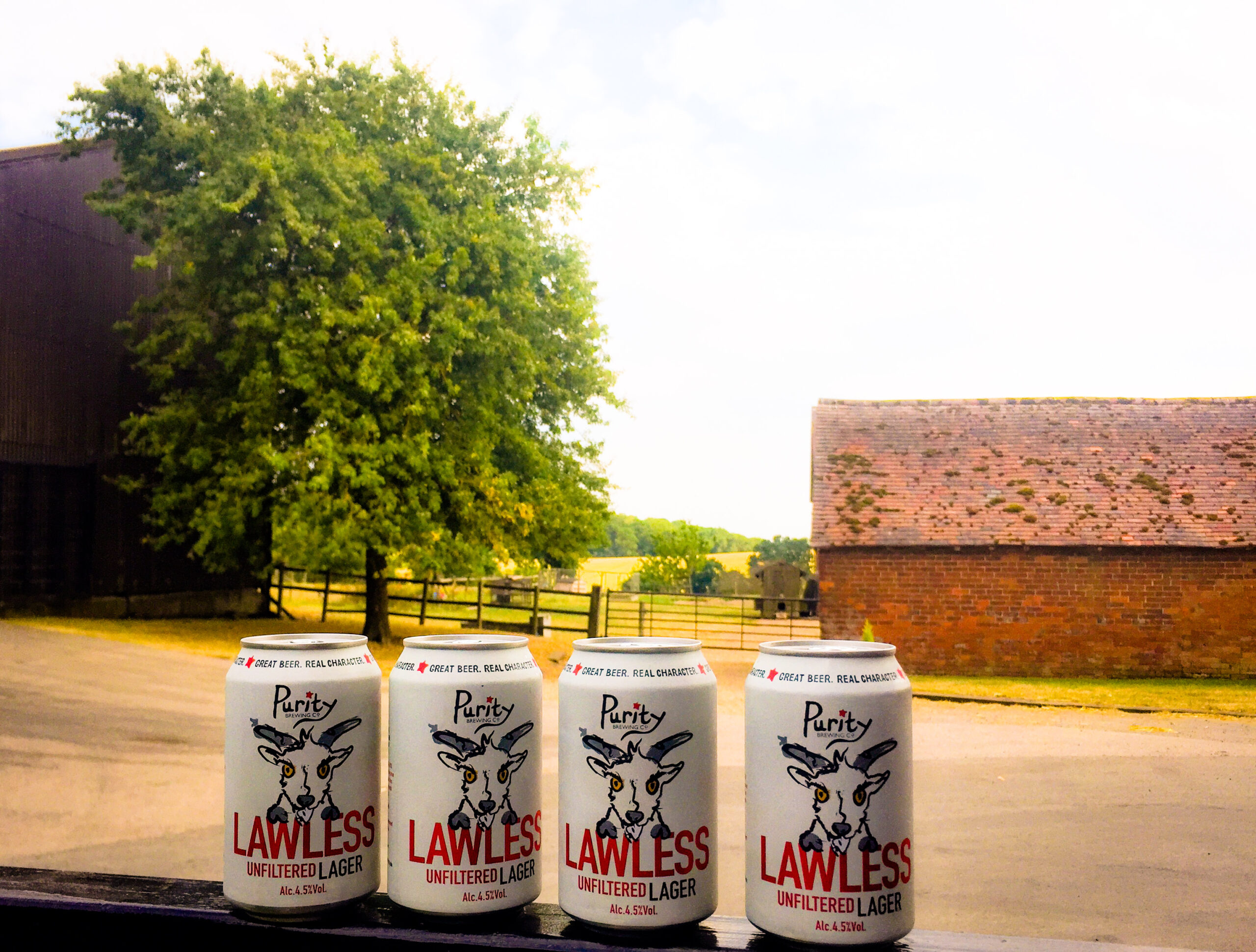 Choose from five delicious beers, each with their own distinctive taste, character and brewing process.

At this rate, you can make World Vegan Month a very merry one indeed! 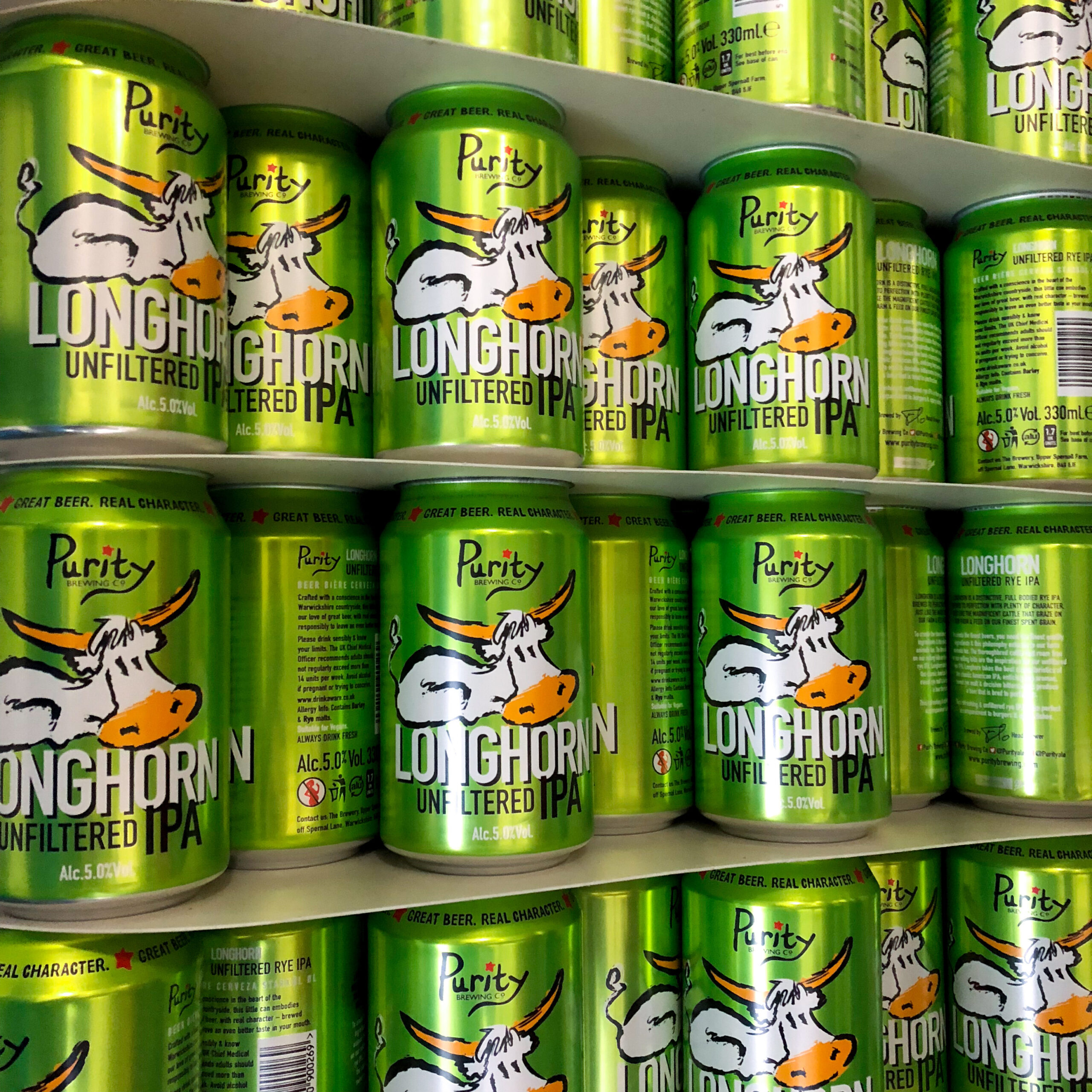 Established in 2005, Purity Brewing Company is an award-winning craft brewery based on a working farm just 20 minutes drive from Stratford-Upon-Avon.

They were recently named Brewery of the Year 2018 by The Good Pub Guide.

Want to know more? Join them on one of their award-winning brewery tours every Saturday at 11am and 2:30pm.

Last but certainly not least, an event that all Warwickshire based vegans should put in their diaries.

Every year, FarGo Village host their very own vegan festival with stallholders selling everything from artisan street food and vegan beer to Christmas gifts! 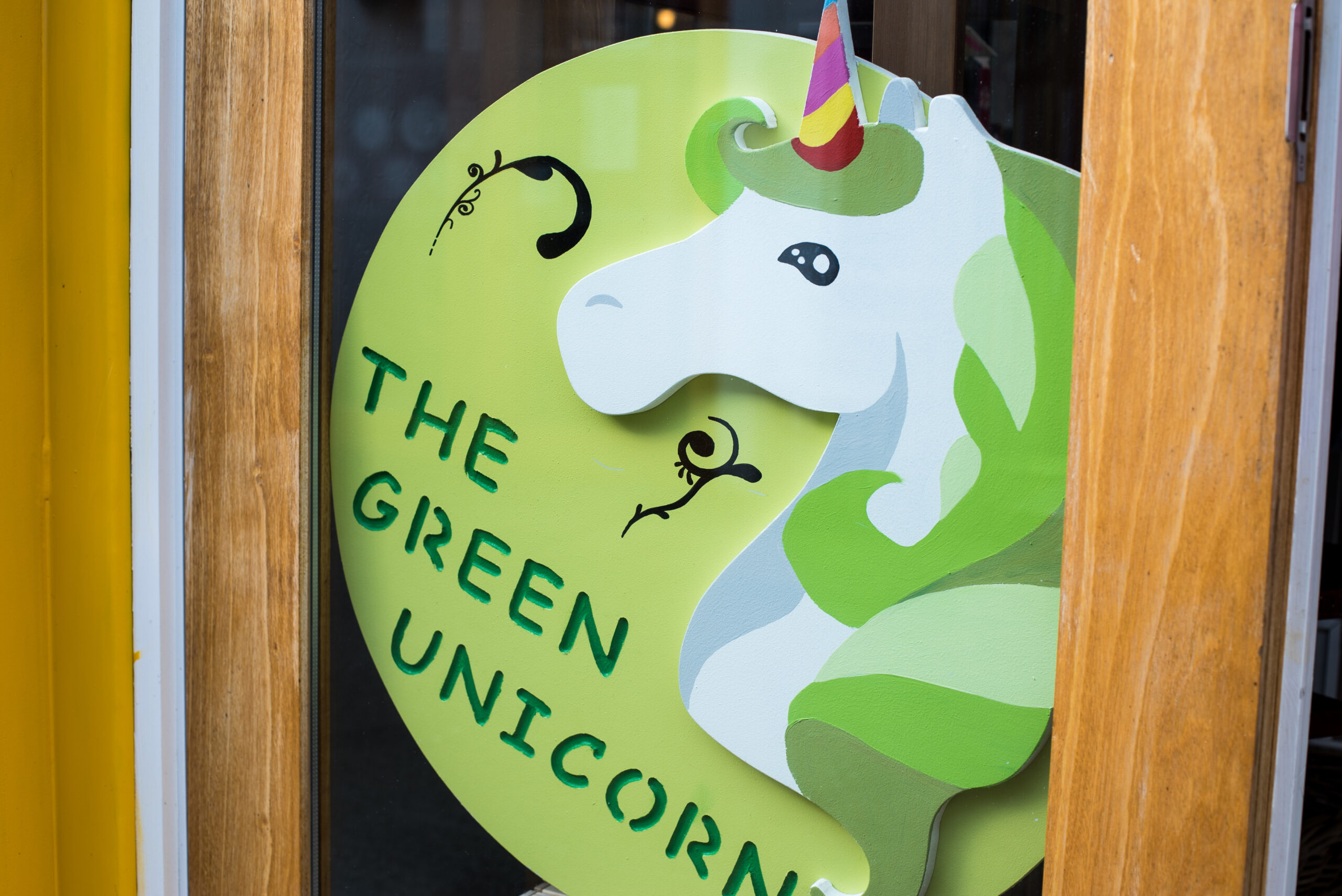 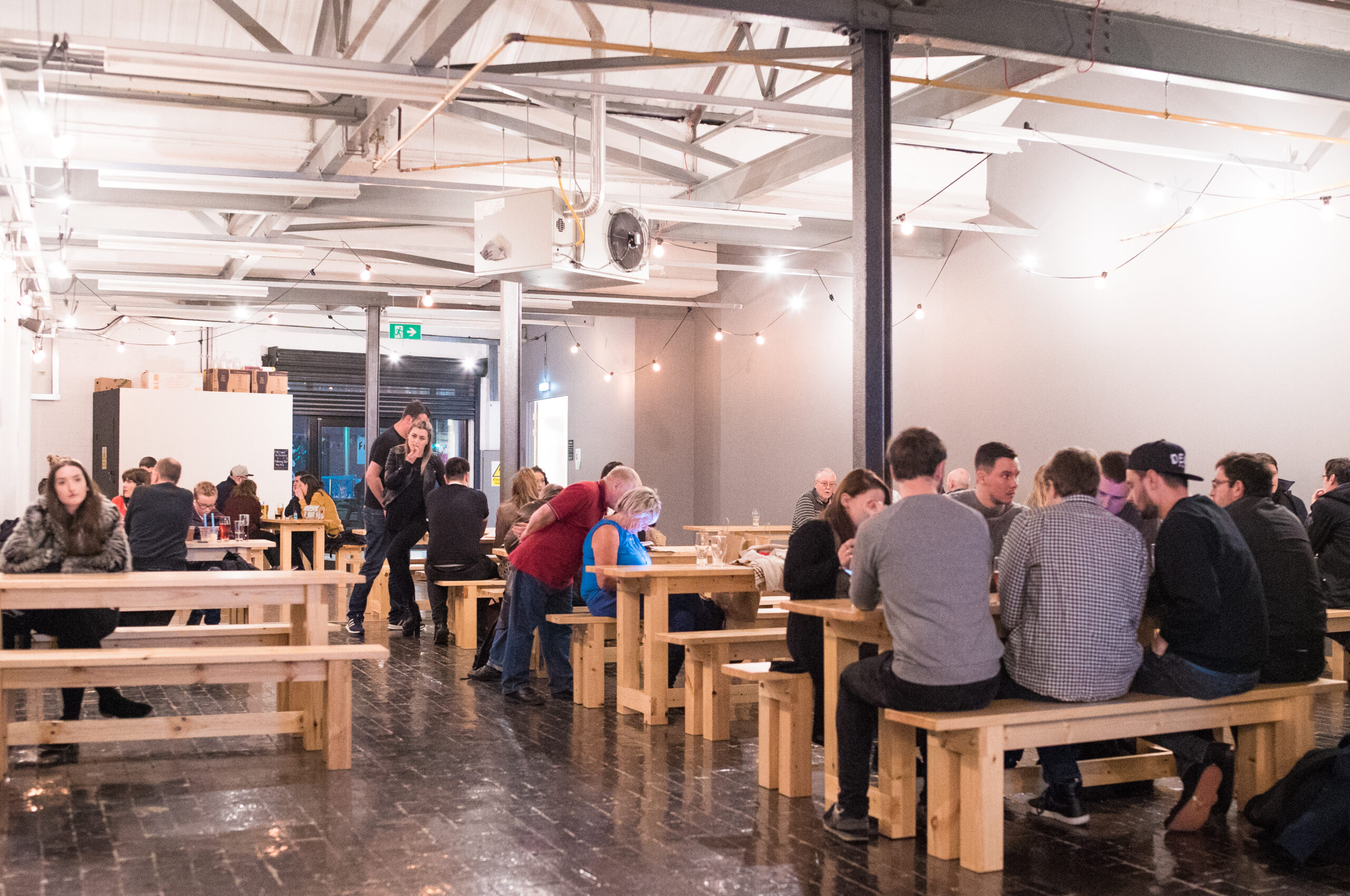 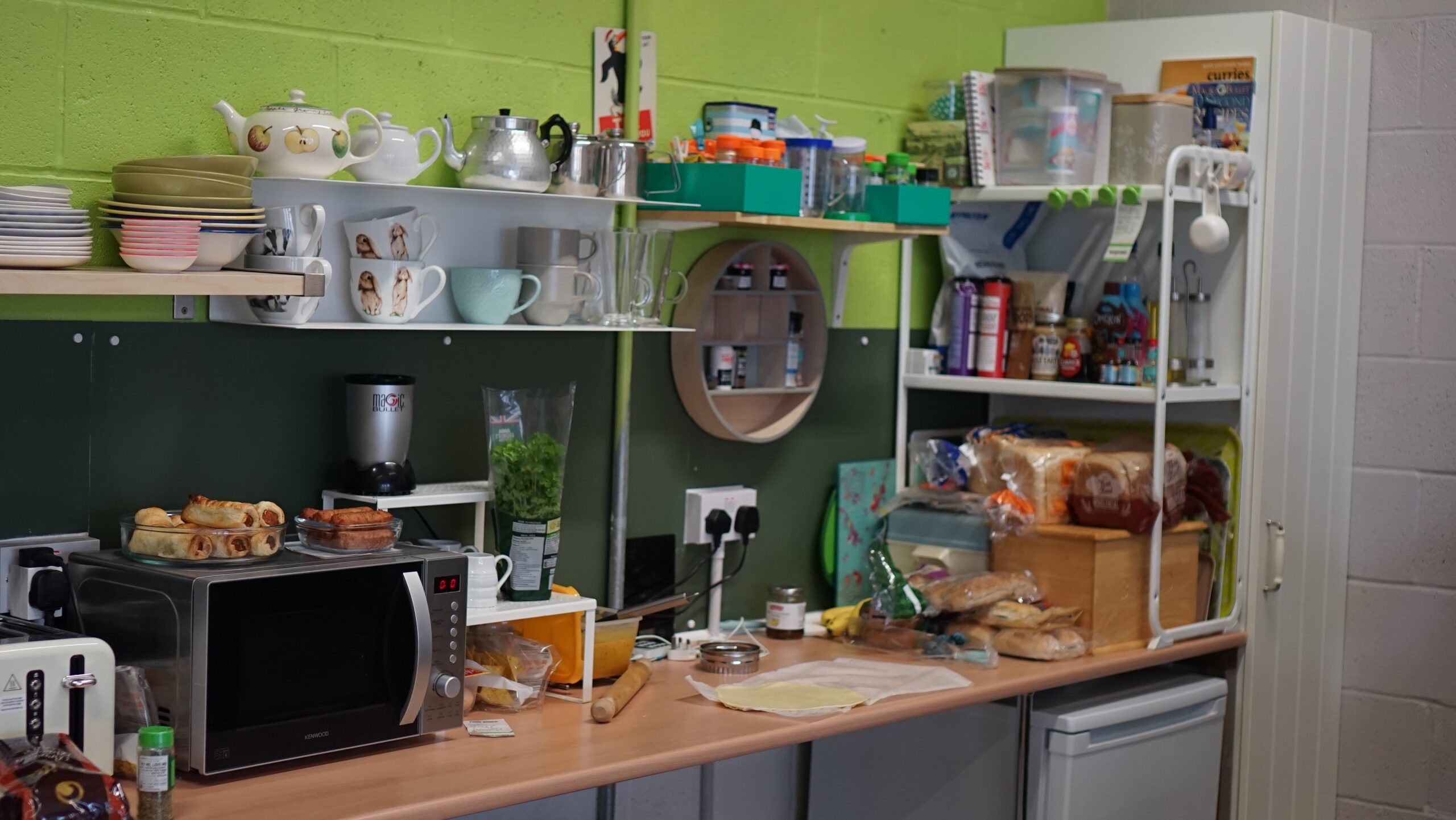 This guide was written in collaboration with Shakespeare’s England, the official Destination Management Organisation for Stratford-Upon-Avon, Warwick, Royal Leamington Spa, Kenilworth and the surrounding towns and villages.