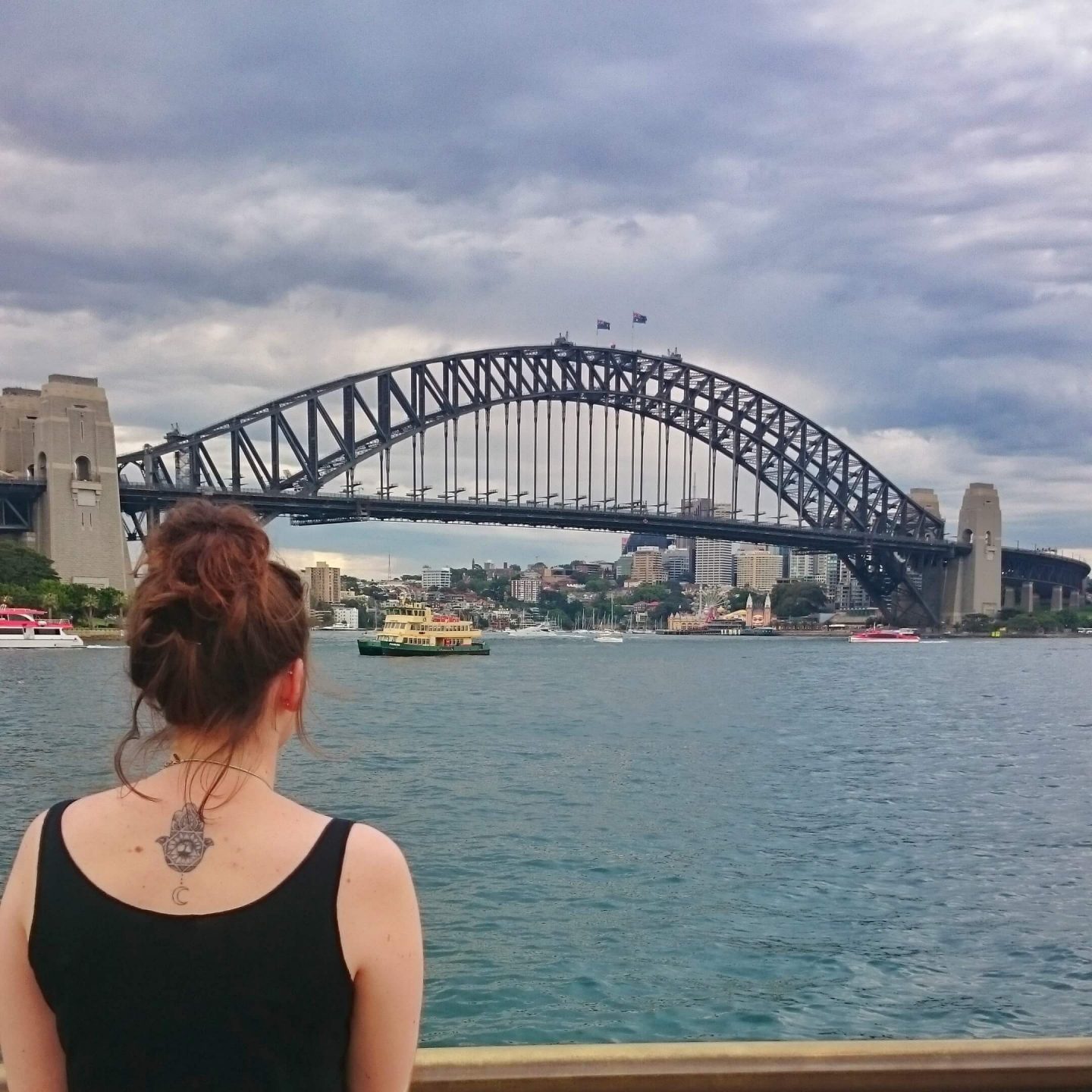 My solo travel journey from the UK to Sydney, Australia

It was finally all real. I stepped off of the plane after 20 hours of flying and I was so nervous about what was going to happen next.

It was nearly 11:30pm by the time I reached the arrival lounge and it was bustling with friends and family waiting for people coming off my flight.

I suddenly felt very alone and realised that, somehow, I had to get across Sydney in the middle of the night by myself.

What didn’t help was the fact that I had no idea where I was going.

Eventually I ended up finding my way to the train station and catching one of the last late night trains into the centre of Sydney. Phew!

When I finally stepped out onto the busy street, I instantly felt the warmth and humidity in the air and within minutes, I was sweating under my snug cardigan that had been so helpful up until this point.

Thanks to the directions on my paperwork, I only walked a couple of blocks until I saw my hostel shining out to me like a mirage in the desert.

Slightly dramatic but, after all, I was exhausted!

I was also hungry and felt so grubby after travelling for so long. I was so ready to shower and get into bed.

But things didn’t seem to get any easier after I checked in. The lift was broken leaving me to lift my heavy bag up three flights of stairs.

When I eventually did reach my dorm, I had the task of finding my bed and unpacking my essentials in the complete darkness around seven people sleeping! It was a lot harder than it sounds.

I was so glad of a shower once I had battled my way through the darkness. I couldn’t have gone to bed without one even though I was severely jetlagged.

Everything still seemed unreal and looking back, I don’t think I was properly awake anymore.

Once I climbed into my bunk, I didn’t fall asleep straight away despite my tiredness. I started to think a lot about the past 24 hours.

Saying goodbye to my family and friends

Saying goodbye to my friends, family, boyfriend and life in the UK, it was all a bit too much and I just wanted to cry.

Out of all of the emotions I thought I’d feel, upset was not one of them. I thought doing something as exciting as travelling would be nothing short of exciting.

However I guess this was officially my first travelling life lesson. Things aren’t always as you expect them to be.

I woke up early the next morning and didn’t know where to start. I eventually decided to get dressed and go down to breakfast.

Much to my disappointment, it was continental.

By this point, I was so hungry I would have happily eaten 10 croissants had they offered me them.

I then went on to attend my orientation for working and travelling in Australia. I was glad to have had this waiting for me as I didn’t know half the information I was told.

My first official bit of good news is that I met my first friend during this meeting and we’ve decided to stick together down the East Coast.

We were so glad to have met eachother during the midst of confusion that was our first day. We ended up walking round the city together, visiting the harbour, botanical gardens and the opera house.

The city was nothing short of amazing.

I still felt a sense of shock that I was actually standing looking at the Harbour Bridge. I had seen dozens of pictures of it and yet, I just couldn’t help but smile to myself that I had actually made it.

So far, I have managed to see the sights of Sydney, Manly Beach, the Blue Mountains, the Three Sisters, Bondi Beach and Cairns.

I’ve been snorkelling at the Great Barrier Reef and am just days away from visiting the Atherton Tablelands.

All of these trips have been some of the greatest moments in my life so far and I cannot wait for more.

My next move is to travel down the East Coast seeing everything there is to see. I don’t exactly have a plan but I’m already looking forward to it.

Watch this space for updates and reviews. Any suggestions welcome!

Sign up to my monthly newsletter and receive my FREE green beauty guide plus my latest blogs, tips for freelancers and plenty of wellness inspiration.