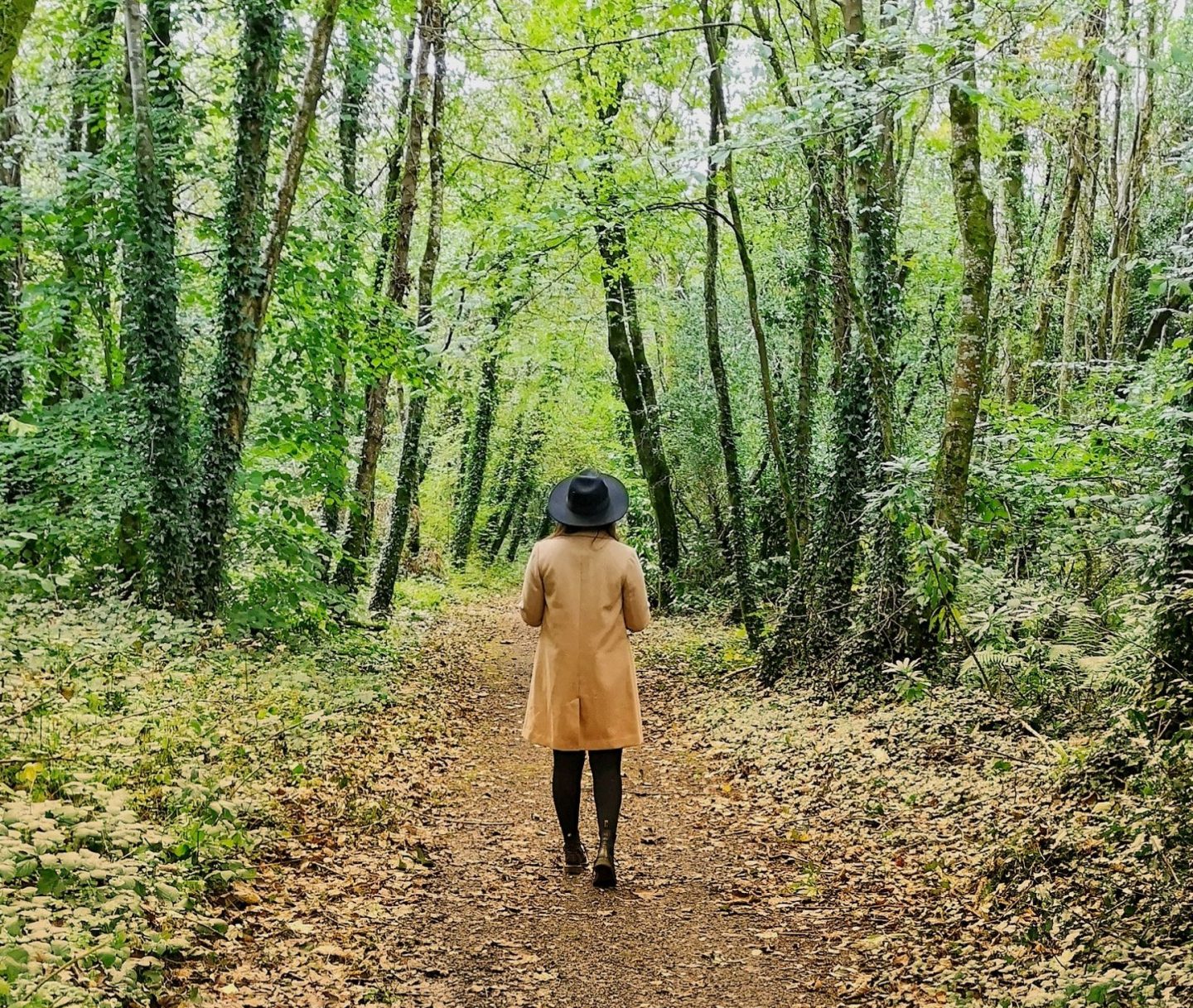 The minute I announced I was going travelling alone, I was hit by a wave of solo travel myths and assumptions. Some people tried to convince me that it was unsafe whilst others just thought I was down-right crazy. I decided to go it alone anyway and I soon realised how wrong they all were. If you’re thinking of heading out on your first solo travel adventure, it’s easy to become daunted by the horror stories out there. So I’ve debunked 7 solo travel myths so you can experience the wonders of travelling on your own without worry.

My round the world experience has taught me that solo travel will only ever be lonely if you make it that way. I understand the fear and anxiety that comes with travelling alone. The thought of eating out by yourself or adventuring to new, unfamiliar places on your tod can put you off completely. I experienced it before my trip but I needn’t have worried (and neither should you).

Be proactive, connect with solo traveller communities online or simply start up a conversation with someone in your hostel. One guaranteed thing about travelling alone is that you won’t be the only one.

I made more friends (mostly fellow solo travellers) on my trip than I ever would have done at home. In fact, going it alone actually makes you more approachable and easier to talk to. So even when you’re not expecting or looking for new friends, you could end up meeting them faster than you think. 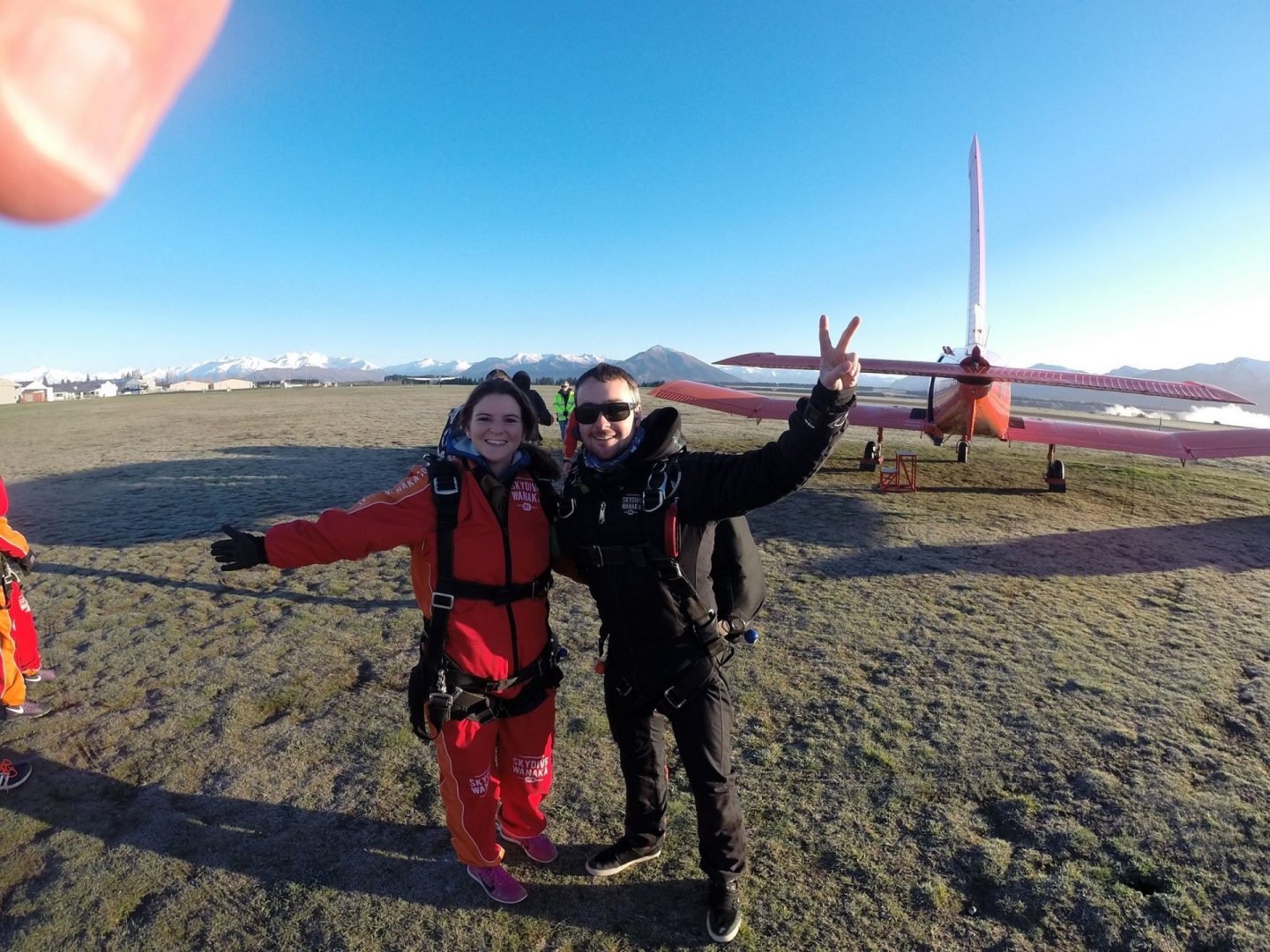 My friends and family said this a lot before I left but I didn’t feel brave at all. I simply made a promise to myself and wasn’t prepared to wait for someone to come with me. I was terrified and you know what? I’m glad I felt that way because it’s human nature to be scared of the unknown. Fear is what pushed me to get on the plane, to speak to strangers, to skydive and swim in the open ocean (and more!)

Looking back, I shouldn’t have been so anxious. Like a lot of things in life, the thought of travelling solo was so much worse than the reality. You don’t have to be 100% sure of everything or have your entire route planned out. The amazing thing about solo travel is that you have the freedom to change your trip as you go. I left the UK with a plan for my first week in Australia and then the rest was up to fate! I survived, I adapted, and so will you.

You’re no less brave if you choose to travel with someone. Just know that travelling is a personal experience so don’t be pressured into going with others just because your loved ones would prefer it. It is YOUR adventure. Alone or not, it has to be right for you. 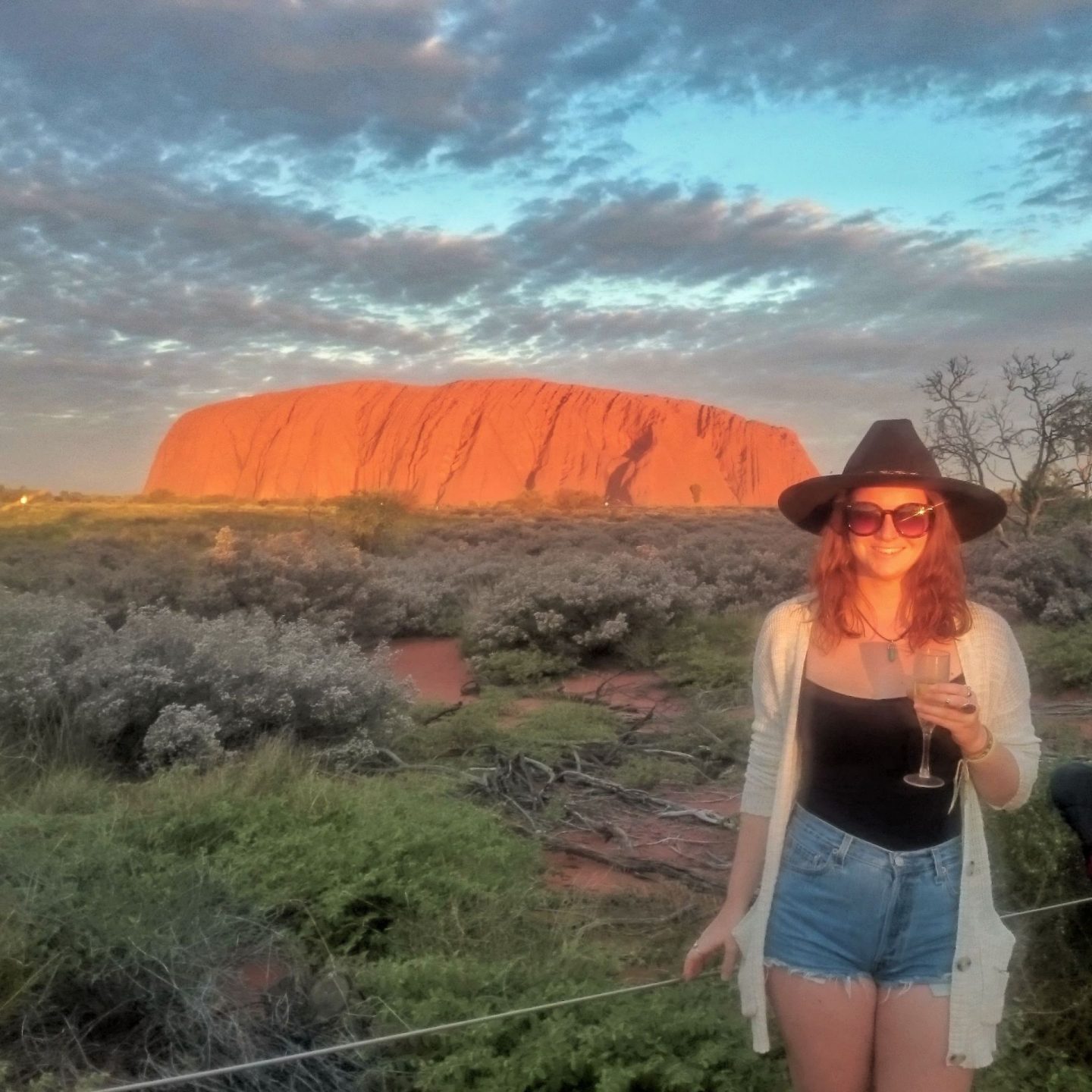 So if you’re sitting there reading this and you’ve ever watched the movies, Hostel or Taken, you’ve probably got your own preconcieved ideas about women travelling alone. I.e. That it’s not safe and should be avoided (talk about scare mongering.)

The thing is there’s potential danger everywhere we go, even at home. Walking out of your own front door or crossing the road is taking a risk. You never know what could happen. So what should we do? Stay inside and wrap everyone up in bubble wrap? Of course not.

Solo female travellers are just as capable as men out on the road – more and more women prove that every day (go team!) I speak from experience when I say it’s all about trusting your intuition and taking the usual precautions that you would do at home.

I’m not saying that entering a war zone is a good idea (newsflash: it really isn’t) but be street wise, do your research and experience a place (if it’s safe to do so) before writing it off.

Solo Travel Myth #4. You have to be a confident person

Here I am again but this time having a great time with the dogs! Not only does this amazing sanctuary rescue elephants but they rescue dogs too! Some, even as pets, were abandoned after the Bangkok floods and others were rescued from the streets or abusive owners. 🐶😍 As an animal lover, it’s just so great and immensely rewarding to help these animals get the care they deserve. I hope I can be an inspiration to others to try volunteering at least once in their life. After all, what are we if we can’t help others and those without voices? #elephantnaturepark #rescuedogs #workwithdogs #volunteerinthailand #volunteeringwithdogs #backpacking #travelthailand #seethailand #backpacker #amazingexperiences #volunteerinspiration #endanimalcruelty #amazinglife #womenwhotravel #solotravel #adventure #thailand #bekindtoanimals #newshadesofhippy

Travelling by myself made me so much more confident – it actually improved my life for the better too. If you’re naturally more of an introvert, there’s no need to assume that solo travel isn’t for you. Embed yourself in the traveller community and you’ll soon find that others will start to approach you. The majority of travellers out there are lovely people and will happily make friends with anyone, shy or not. Why not try:

Do you ever wonder why the thought of meeting new people is so nerve wracking? It’s because we don’t usually have to do it when we’re at home in our comfort zones. We’ve already got friends, family and colleagues around us so why make ourselves uncomfortable by talking to strangers, right? It might be a scary thought at first but after a couple of times, you’ll see how wonderful and liberating approaching new people is.

READ: The dos and don’ts of hostel life

I left for my trip an anxious and insecure person, and I came back 13 months later as a nourished, happy woman with a zest for life. I know it sounds like a cliché but trust me on this one, there’s a reason why so many people get addicted to travel.

Solo Travel Myth #5. Travelling on your own is boring 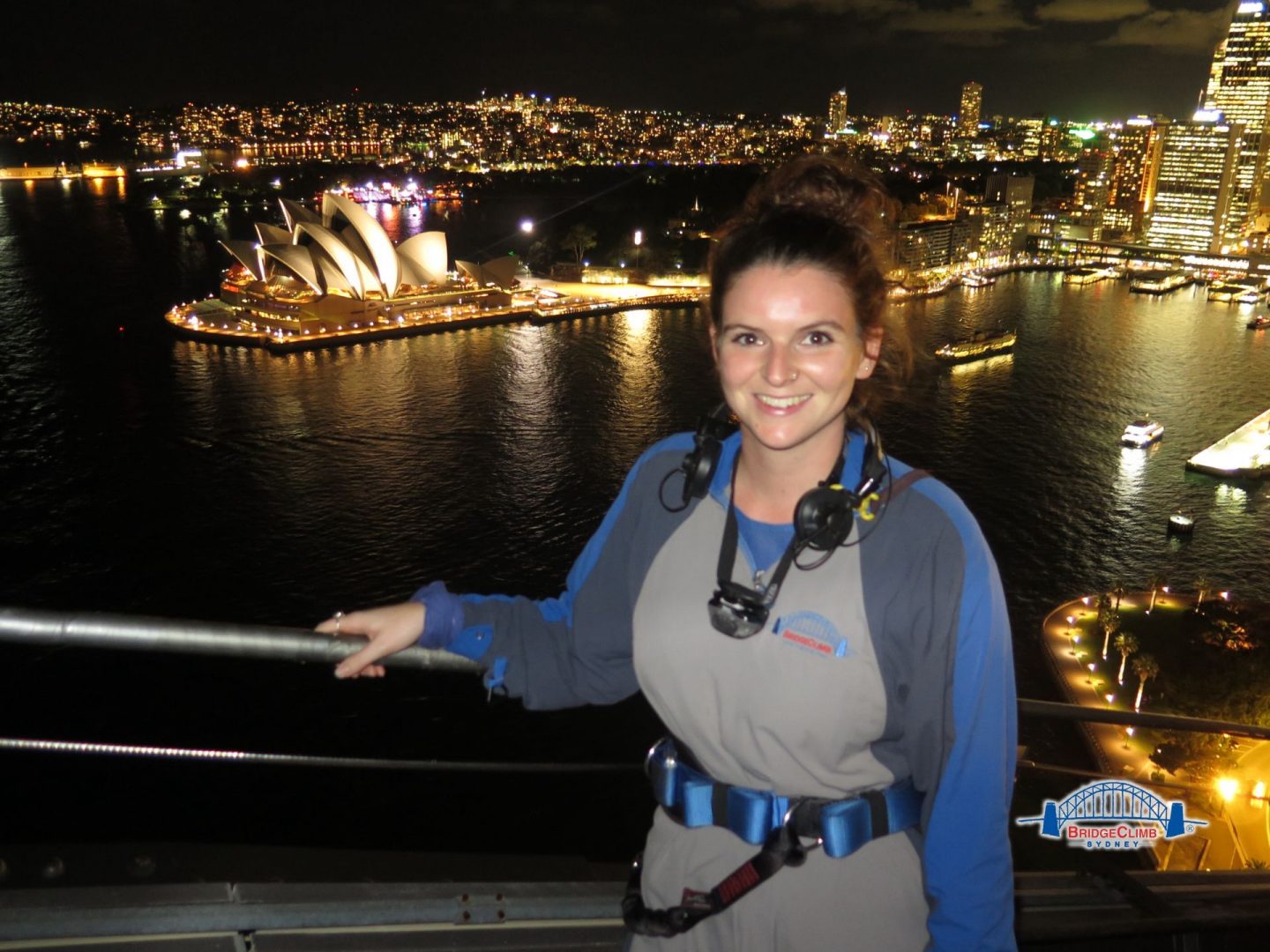 The truth is that I’ve never felt more alive than when I was travelling alone.

I was in the driving seat (so to speak). I had full control over my decisions, over the places I went and when. I loved that I had to depend on myself and trust my gut feeling. I never felt bored when travelling solo – there was always people to meet and new experiences to drink in. Sure, if I stayed in one spot for a while, I’d get a little restless but then I’d just explore somewhere new or make a plan to venture on.

Australia was always a dream destination for me and so when I got there, I promised myself I wouldn’t take it for granted. When there’s so much to see and explore in a place, there’s almost no time or opportunity to feel bored. No matter where you go, see it as a chance to jump into the unknown and take part in things that don’t crop up in everyday life. 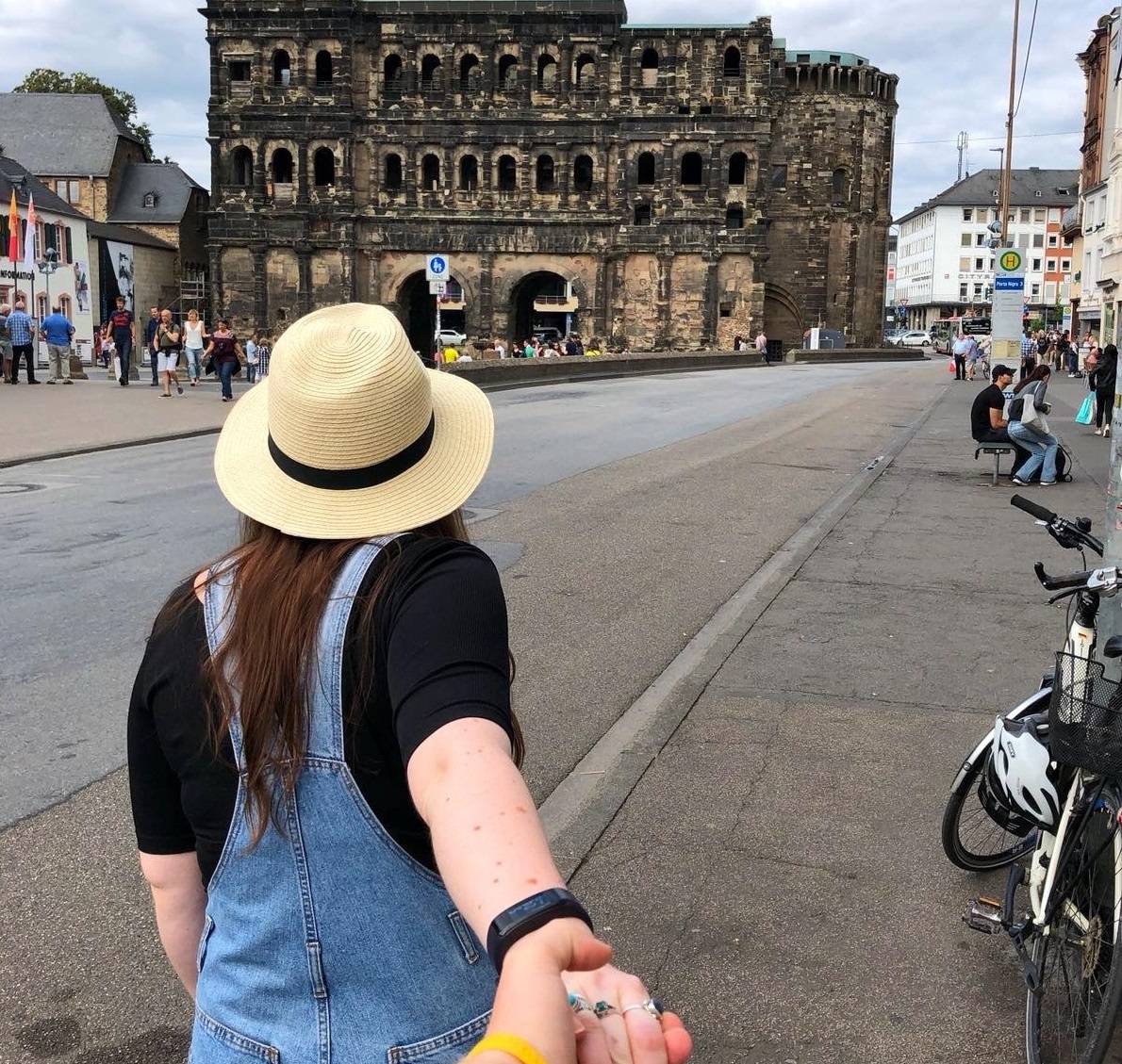 I can vouch for this one loud and clear! I decided to go travelling alone whilst still in a committed relationship of 4 years. It wasn’t exactly easy being over 16,000 miles away from my partner but I still had the time of my life. I met so many couples and women in a similar long-distance situation to me. I ended up learning that travelling and relationships can work together really well.

There are so many different reasons why some people travel single and others don’t – it just depends on circumstances. I was lucky enough to have a partner who fully supported me when I decided to head out into the world alone.

On the flip side, it’s not always easy travelling as a couple either. Travel can be testing and put even the best of relationships under pressure. The bottom line is that your solo trip shouldn’t be determined by your relationship status – you can still have an amazing time, single or otherwise.

Solo Travel Myth #7. Getting it out of your system

One of my favourite photos from my adventures in Bali. 💚🌊 It isn’t perfect and it wasn’t taken on a professional camera but I don’t care.✌️I am so proud to have reached this amazing place. 🌎 Keep dreaming, keep working hard and remain positive towards yourself and to others. 👍 Where is your dream destination and why? #newshadesofhippy #gilitrawangan #bali #giliislands #indonesia #womenwhotravel #thatsdarling #beautifuldestinations #gilitswing #travelblogger #solotravel #adventureisoutthere #visitbali #travelbali

If you’re a wanderluster (like me) then travel is never going to be something you can simply ‘get out of your system.’ It stays with you and keeps growing. I’ve travelled in over 17 different countries and I still dream of more solo adventures – it’s unrelenting!

These days, the majority of us travel a lot (whether that’s in our own countries or on holidays) so it’s not a one-time thing to tick off. If you’re in this mindset then you’re going about it the wrong way.

Solo travel is not just for young people

When I was preparing for my trip I had a lot of people say to me: “travel now, get it out of your system while you’re young and not tied down.” I understand the message but solo travel is not just for the young and carefree! I met all kinds of people travelling including those who were married, who had kids, who were older etc. I found them nothing short of inspiring! Everyone has different reasons for travelling alone but just don’t let the ’18-30 backpacker’ stereotype stop you from seeing the world solo.

Solo travel: The best decision I ever made

In summary, I have no regrets about travelling solo (and there’s not a lot of things I can say that about.) It’s changed my outlook on life and given me confidence that I still can’t believe I have today. I now have friends all over the world and it’s all because I’ve been brave enough to leap out there on my own. For anyone who is still on the fence about solo travelling, forget the myths and give it a try at least once. Don’t get stuck in your comfort zone!

A Guide To Volunteering At Elephant Nature Park 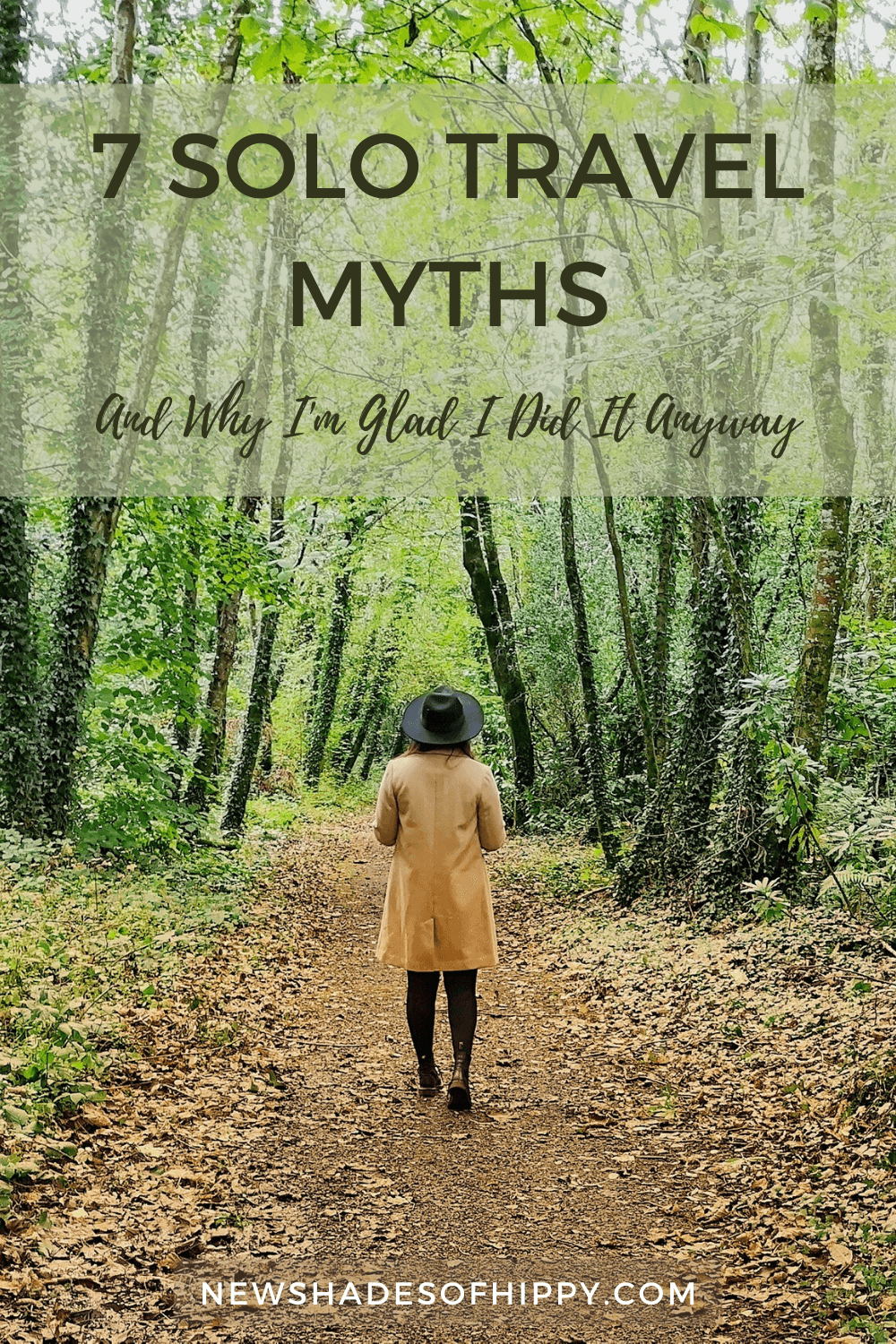